I had the pleasure of delivering a hospital care package on behalf of one of our teams this past week. The team is for my dad's close friend, Jim. As a member of the team, I offered to deliver the basket and sit with Jim for a short time in the hospital. I snuck in just before visiting hours ended (8:30pm), and we rebelled as I stayed past visiting hours. We both had a wonderful time together.

Jim and my dad have been great friends for as long as I can remember, but I've never really sat down and talked with him. I didn't know what to expect and was pleasantly surprised to have had such a great and easy conversation with him. I learned so many neat things about Jim and his family and friends. He's been so touched by the outpouring of love and support from his team and reports that it is working! The cards, words of encouragement, fun surprises in the mail and the care packages we've sent have really meant a lot to him and have lifted his spirits. 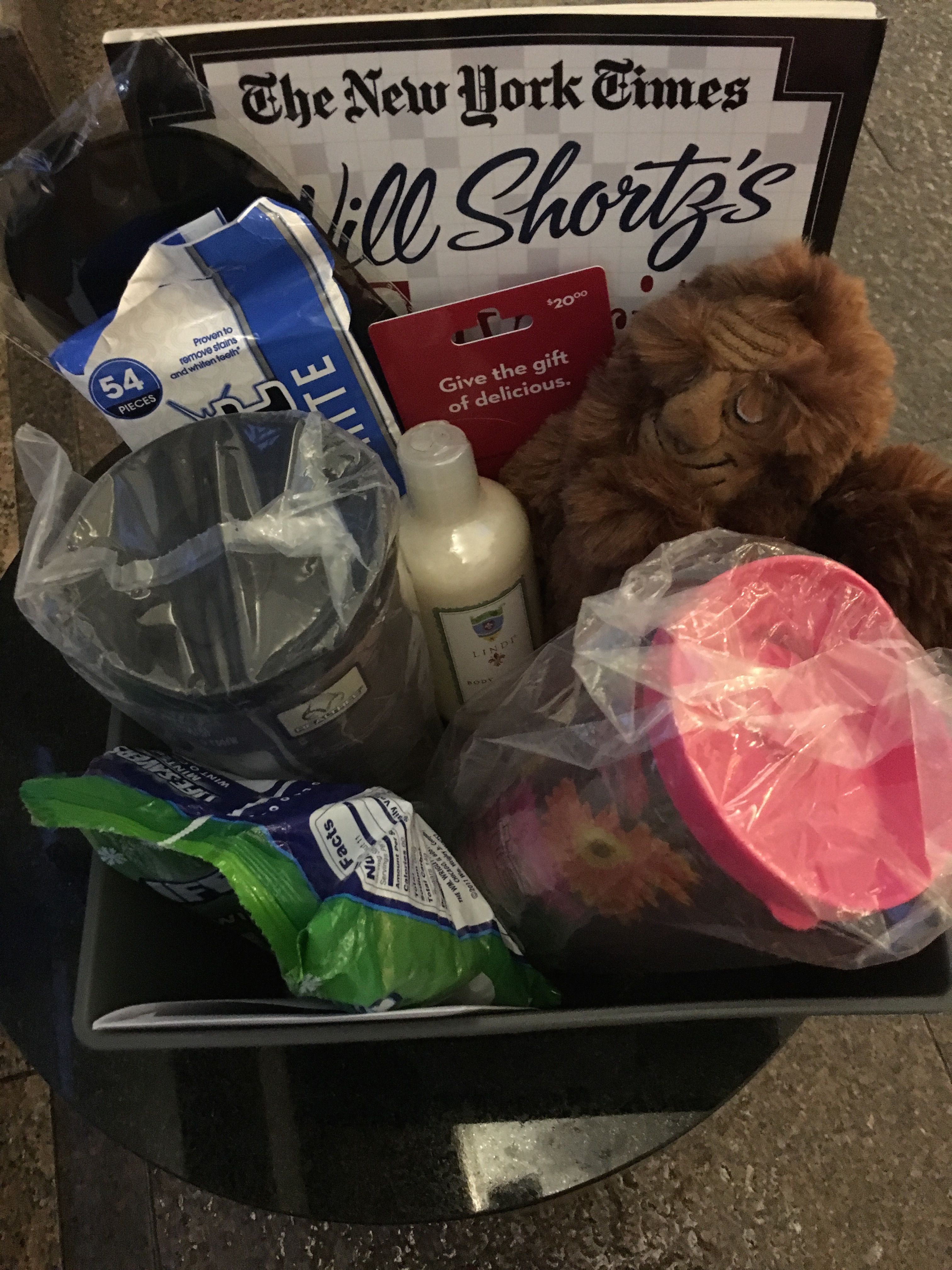 Thankfully, Jim made it to the hospital in Indianapolis when he did. He was in pretty rough shape and is relieved to be in the hands of a medical team determined to get to the bottom of things and that also have a sense of urgency as to the seriousness of his situation. I could just see the relief in his face and hear it in his words. It was emotional for both of us and a very special conversation. He could not have been more positive or pleased with his care which was nice to know. With so many discouraging hospital experiences relayed by people today, it was pretty cool to hear how well he's being treated. He told me that the day I visited had been the best day he'd had since he'd been there. He was actually able to get up and walk a short distance, which can be such a liberating experience for patients such as him.

When I left, I was so happy I chose to make time to visit him and honestly probably would have made the excuse that I was "too busy" had I not offered to deliver that care basket. I left so uplifted and realized what a privilege it was to deliver the care package and what a difference it made in his well-being and recovery. It was truly something I won't forget and reminded me of the importance of slowing down and taking the time to do something for our loved ones in their time of need.

The task of grocery shopping can be stressful for everyone. When I try to remember all of our grocery…

I love my job. I am a caregiver by nature and by circumstance. I have a special needs child…